Who and what to vote for…SRBX PAC has you covered
With a record 21 million Californians registered to vote and an expected high turnout, it’s time to brush up on everything you need to know before casting your ballot this fall and making decisions that could transform the Sacramento Region and the Golden State for years.
There are 12 wide raging state propositions to consider, over 153 congressional and legislative seats, as well as local races to consider, not to mention who will be in the White House for the next 4 years.

The SRBX PAC received candidate questionnaires, conducted interviews or had our legal committee review the language (or a combination thereof) before positions were taken. 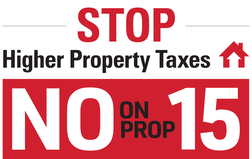 Proposition 15: Increased Commercial Property Taxes
SRBX PAC: OPPOSE
If passed, this initiative would undo protections of the historic Proposition 13, creating single largest tax increase in California’s history, while in the middle of the COVID-caused recession. Multiple loopholes and flaws in the measure have caused many county assessors to oppose it! The tax increases from this flawed measure will ultimately be passed along to customers and stymie both TIs and new construction. 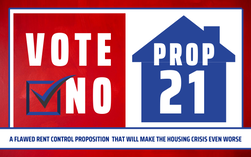 ​Proposition 21: Rent Control and Sacramento City, Measure C (Rent Control)
SRBX PAC: OPPOSE
Rent control measures disincentivize the construction or improvement of multifamily housing. Despite voters rejecting rent control in 2018, proponents are back at it. Prop. 21 sets permanent price caps on all forms of housing, including single family homes that would ultimately discourage new construction of affordable and middle-class housing.

In the City of Sacramento, Measure A, otherwise known as "Strong" or "Accountable Mayor," if passed would revise the city’s current “council-manager” form of government to a “mayor-council” form. SRBX supports Measure A because it creates clear lines of accountability and allows business to hold our elected leaders accountable for the direction of city resources.

Also, in the City of Sacramento, Measure C would devastate the multifamily housing market by preventing housing providers to adjust rents to market rates when a tenant moves out. It also establishes an elected rent control board unaccountable to the city council and city attorney. Put simply, Measure C is horrible, which is why the entire city council and community leaders are opposed to it.

Rich Desmond is the best candidate to represent the 3rd District seat. Earning bi-partisan support and the backing from law enforcement, firefighters and local construction and business groups, Rich Desmond has specific plans to fix our crumbling roads, keep our neighborhoods safe and jump start our economy.